COVID 19 should disappear in April- May 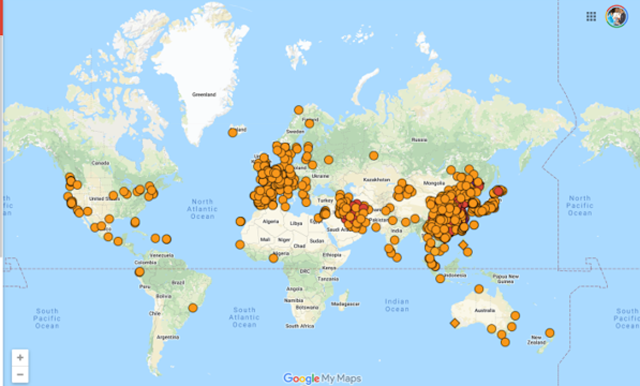 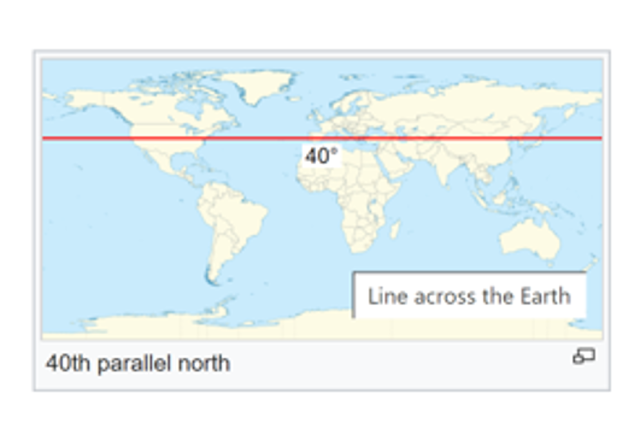 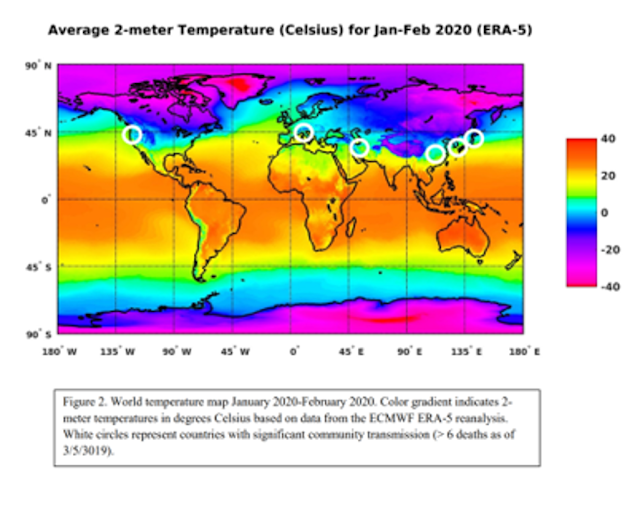 COVID 19 should disappear in April- May

Dr K K Aggarwal
President CMAAO, HCFI and Past national President iMA”
Most cases are along 30-45 latitude north. The 40th parallel north is a circle of latitude that is 40 degrees north of the Earth's equatorial plane. It crosses Europe, the Mediterranean Sea, Asia, the Pacific Ocean, North America, and the Atlantic Ocean.
At this latitude the sun is visible for 15 hours, 1 minute during the summer solstice and 9 hours, 20 minutes during the winter solstice.[1] On 21 June, the maximum altitude of the sun is 73.83 degrees and 26.17 degrees on 21 December.[citation needed]
The maximum altitude of the Sun is > 35.00º in October and > 28.00º in November.
In the northern hemisphere, the year starts with winter, transitions in the first half year through spring into summer, which is in mid-year, then at the second half year through autumn into winter at year-end. In the southern hemisphere, the seasons are swapped, with summer between years and winter in mid-year.
A significant number of infectious diseases display seasonal patterns in their incidence, including human coronaviruses.  SARS-CoV-2 does as well. To date, Coronavirus Disease 2019 (COVID-19), caused by SARS-CoV-2, has established significant community spread in cities and regions only along a narrow east west distribution roughly along the 30-50 N” corridor at consistently similar weather patterns (5-11OC and 47-79% humidity).
There has been a lack of significant community establishment in expected locations that are based only on population proximity and extensive population interaction through travel. Using weather modeling, it may be possible to predict the regions most likely to be at higher risk of significant community spread of COVID-19 in the upcoming weeks, allowing for concentration of public health efforts on surveillance and containment.

Human coronaviruses (HCoV-229E, HCoV-HKU1, HCoV-NL63, and HCoV-OC43), which usually lead to common cold symptoms, have been shown to display strong winter seasonality between December and April, and are undetectable in summer months in temperate regions.
It is expected that COVID-19 will diminish considerably in affected areas (above the 30o N”) in the coming months.
Furthermore, as the virus moves further north it will encounter sequentially less human population densities.

Given the temporal spread among areas with similar temperature and latitude, some predictions can
tentatively be made about the potential community spread of COVID-19 in the coming weeks.

Using 2019 temperature data for March and April, risk of community spread could be predicted to affect areas just north of the current areas at risk. These could include (from East to West)
Manchuria, Central Asia, the Caucuses, Eastern Europe, Central Europe, the British Isles, the
North eastern and Midwestern United States, and British Columbia.

The marked drop in cases in Wuhan could well be linked to corresponding recent rising temperatures there.

The association between temperature in the cities affected with COVID-19 deserves special attention. There is a similarity in the measures of average temperature (5-11oC) and RH (47-79%) in the affected cities and known laboratory conditions that are conducive to coronavirus survival (4oC and 20-80% RH).9 Temperature and humidity are also known factors in SARS-CoV, MERS-CoV and influenza survival.

The  the temperatures in these cities did not dip below 0oC, pointing to a potential minimum range, which could be due to avoidance of freeze-thaw cycles that could affect virus viability or other factors (at least one human coronaviruses tested is freeze-thaw resistant).
[Institute of Human Virology Global Virus Network (GVN) Center of Excellence University of Maryland School of Medicine 725 W. Lombard St. (N548) Baltimore, MD 21201